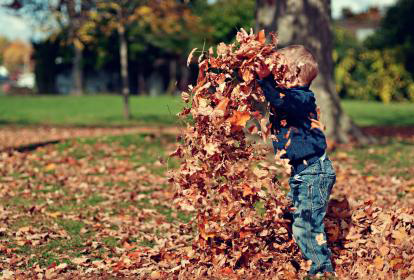 I recently facilitated a Psychodramatic Bodywork® workshop and one of the big themes of the weekend was, “How Free Do You Want To Be?”  I’ve been pondering this profound and provocative question ever since.

In order to be free, first you have to realize that you’re not – that there are areas of your life where you still feel imprisoned.  And one big lesson for me on that front was to realize that sometimes, I’m my own warden.

As I’ve learned in the recovery world, there are 3 steps to change:  awareness, acceptance, action. Many of us go through life and don’t even notice that there’s something wrong.  “It” just feels normal. But once you notice “it,” you can’t not.  For me – years ago – it was the awareness that I would let people take advantage of me.  Yes, it’s true, I was a doormat.

The second part of the freedom journey is acceptance.  The Serenity Prayer reminds me to, “accept the things I cannot change.”  Acceptance doesn’t mean it’s okay: acceptance means I surrender to it and acknowledge that it is the way it is, at least for right now.  Sometimes it means that I can’t change it – for example, I’m never going to be 5′ 7″, no matter what I do, that’s just never going to happen.  But sometimes things can change.  I need to remember that, even when it doesn’t feel that way, I have a choice.

Acceptance can frequently be the most painful part of the process of gaining freedom because sometimes it requires a cold, hard look in the mirror, which is never easy.  In my case, I had to get honest with myself and admit that I was allowing people to take me for granted and treat me like a doormat.  Even though I was ashamed that I was allowing it, I had to admit and accept that I didn’t believe that I deserved to be treated well, and that just about everywhere in my life I looked – work, friends, family, relationships with men – I was more willing to let people mistreat me than to speak up and gain a sense of dignity and self-worth.  The Serenity Prayer also petitions for, “the courage to change the things I can,” and I knew that nothing was going to change unless I did.

Acceptance helped me find the key to my own freedom, and the only way I was going to find the lock was to take action.  I had to be willing to do my deep, core trauma recovery work to step into that sense of self-worth, and that’s where, in my case, psychodrama came in.  Talk therapy alone can’t heal trauma because it lives in the body, and so by participating in psychodrama groups, it offered me a vehicle to release traumatic energy held in my body, practice new behaviors in the safety of group and then carry those behaviors out into the world.

Much of psychodrama is based on role theory.  It invites you to look at the roles you have in your life – sister/brother, wife/husband/partner, friend, co-worker, etc – and to examine which ones are working and which ones aren’t.  One core focus of psychodrama is to help you retire old roles that no longer work and to step into ones that do.   In the course of a psychodrama, you typically start with a present issue – for example, setting a clear boundary with your boyfriend – and set a scene and play it out.  The Director (the person facilitating the session) helps you (the protagonist, or what we call the person whose issue we’re exploring) to reenact a scene and to chose group members to play roles  (including someone for yourself and/or or your feelings, if needed) to show us (rather than tell us) a typical interaction.  Through action, you can step into the struggle you’re experiencing, have all of your feelings about it (including if it connects to a relationship with someone in your past), and then practice a new behavior – or a new role – through what’s called role training.  So you get to do, undo, redo and then do in a whole new way. And because you’ve done it in action, rather than just talking about it, you have that new role inside of you, which makes it easier to take that new behavior out into your day to day life.

I had to do a lot of psychodramas about not setting clear boundaries in my life – how I’d learned not to ask for what I needed; how I’d learned to tolerate what I got; and how I learned to just push down my resentments when I took care of other people instead of taking care of myself.  I had a lot of anger, fear and sadness to move out of my body, and having the group members witness and identify with that, was life-changing.  Then in the role training piece, I got to practice setting – and keeping – boundaries.  Yes, it’s a two-part process!  First I had to set the boundary and then when the person crossed it – which people invariably did because they were used to the “old” way of doing things – I had to be willing to reinforce it.  I couldn’t expect other people to hold my boundary – that’s my job.

I also had to continue to hold those boundaries when the people around me didn’t like that I was changing.  They wanted me to take care of their feelings instead of taking care of my own, and they didn’t like me changing because it meant they were going to have to change, too, if they still wanted to be connected with me.  It was painful to realize that some people weren’t able or willing to change along with me, and sometimes that meant the end of the relationship.

As Janis Joplin sang, “Freedom’s just another word for nothing left to lose,” and there came a point where I had to be willing to lose – old behaviors, old roles, old friends, old relationships – to get out of my own self-imposed prison and find freedom once and for all.

How Free Do You Want To Be?